LPAs are a family of DNA strip-based tests that detect mutations associated with drug resistance. They do this either directly, through binding DNA amplification products (amplicons) to probes targeting the most commonly occurring mutations (MUT probes), or indirectly, inferred by the lack of binding the amplicons to the corresponding wild-type probes. 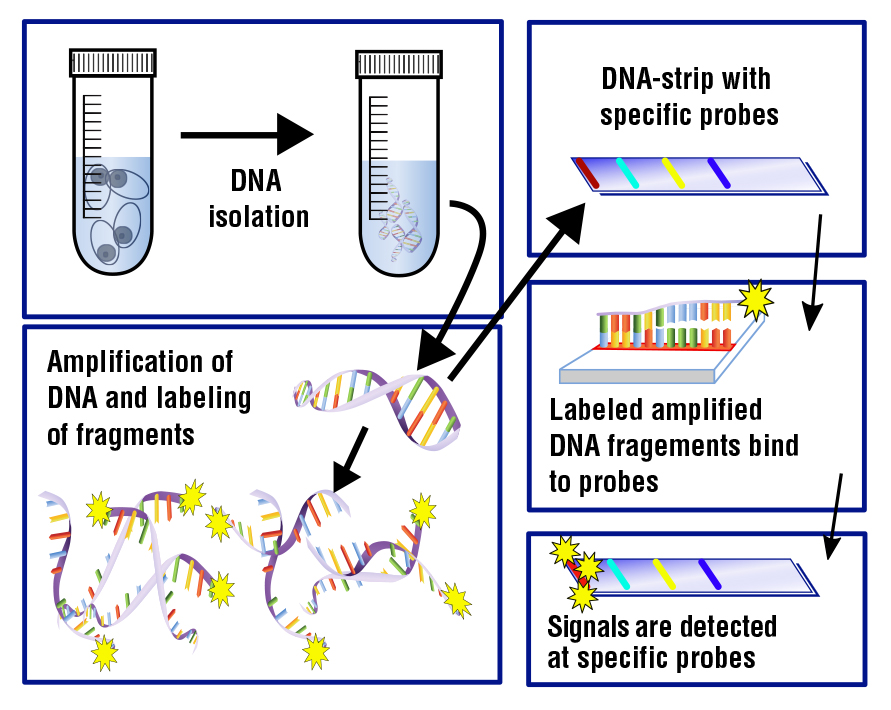 First-line LPAs (FL-LPAs) such as GenoType MTBDRplus and NTM+MDRTB Detection Kit allow the detection of resistance to RIF and INH. WHO recommends using FL-LPAs in the following situations (5):¹⁷

• For people with a smear-positive sputum specimen or a cultured isolate of MTBC, commercial LPAs may be used as the initial test instead of phenotypic DST to detect resistance to RIF and INH.

• These recommendations apply to the use of FL-LPAs for testing smear-positive sputum specimens (direct testing) and cultured isolates of MTBC (indirect testing) from both pulmonary and extrapulmonary sites.

• Conventional culture-based phenotypic DST for INH may still be used to evaluate patients when the LPA result does not detect INH resistance. This is particularly important for populations with a high pretest probability of resistance to INH.

Second-line LPAs (SL-LPAs) such as the GenoType MTBDRsl test allow the detection of resistance to FQs and AMK. WHO recommends using SL-LPAs in the following situations (5):